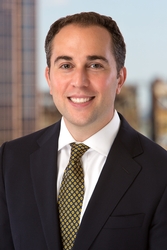 Joshua represents clients in commercial, civil rights and other litigation at the state and federal levels. He provides counsel throughout the lifecycle of any case: before, during and after court proceedings. He also has strong research experience and regularly drafts motions and participates in discovery, depositions, initial and pre-motion conferences, mediations, trials and settlement negotiations.

Joshua has experience handling a variety of matters, including trademark infringement, breach of contract, indemnification, defamation, and wage and hour claims, among other cases.

After earning his law degree, Joshua was an Assistant Corporation Counsel in the Special Federal Litigation Unit of the New York City Law Department. While in law school, he completed internships at the New York City Law Department and with the Honorable Lisa Margaret Smith, U.S. Magistrate Judge of the U.S. District Court for the Southern District of New York. Joshua was also a research assistant for a contracts professor at his alma mater.

Outside of the office, Josh enjoys playing music, reading books and spending time with his family.

While earning his law degree, Joshua served as the head student representative for Barbri and participated in the Brooklyn Law School–Deloitte Financial Advisory Services Boot Camp. He belonged to the Moot Court Honor Society and competed in the Saul Lefkowitz Moot Court Competition in 2018; he coached a team for the same competition in 2019. Joshua also received a Prince Merit Scholarship.