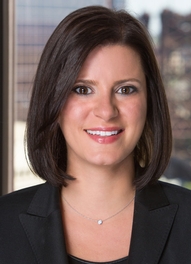 Susana Cruz Hodge focuses her practice on class actions, commercial litigation, and appeals. With respect to class actions, Susana specializes in product liability and consumer fraud cases. In her capacity as a commercial litigator, Susana represents parties in general business disputes arising from breach of contract and fraud, including matters involving construction and suretyship law. In her appellate work, Susana has won appeals in cases involving constitutional and employment law, rent control, and commercial leases. Prior to entering private practice, Susana clerked for the Honorable Thomas J. LaConte, J.S.C., in the Superior Court of New Jersey, Passaic County.

Susana was a member of the Lite DePalma Greenberg & Afanador teams that litigated consumer fraud and product liability class cases, including cases involving fraudulent charges assessed by major rental car companies and the manufacturing and sale of defective consumer products. Currently, Susana is a member of a litigation team pursuing class actions all over the country against various pet food companies that manufacture foods containing high levels of heavy metals, BPA, and toxins such as pentobarbital. Susana is also currently involved in several class actions regarding defective consumer products such as automobiles and household appliances. Recently, Susana was appointed as a member of the Executive Committee in In re Robinhood Outage Litigation, No. 20-01626-JD (N.D.C.A.), which was filed on behalf of users of Robinhood’s trading platform who were unable to access their brokerage accounts on March 2, 2020, a day that saw the biggest ever point gain in a single day with Dow Jones Industrial Average rising over 1,294 points, the S&P 500 rising 136 points, and the Nasdaq rising 384 points.

In her capacity as a commercial litigator, Susana represented a major food and beverage company in recovering millions of dollars fraudulently converted in a Ponzi scheme. She has also represented a struggling local business in closing its doors without filing bankruptcy, which involved negotiating settlements with nearly 100 creditors and successfully pursuing claims against various debtors. Susana has investigated, negotiated, and litigated claims by subcontractors and material suppliers in a range of construction-related contractual disputes. Susana has also filed and defended commercial and residential construction liens, and payment and performance bond surety claims in cases involving public and private construction projects.

“Effective case management requires clear and regular communication with the court, my colleagues and, most of all, my clients,” says Susana. “Likewise, excellent service is built on a series of small actions that add up: promptly addressing emails and responding to calls, prioritizing tasks, and ensuring that all members of the team know what they should be doing, and when.”

Susana independently manages complex litigation, with a focus on strategic motion practice and in-depth discovery. In her involvement in class actions, Susana has successfully obtained pivotal discovery rulings and defeated dispositive motions. In several of the cases she has defended, Susana obtained dismissals at the threshold by engaging in pre-answer dispositive motion practice that provided significant cost savings to the firm’s clients.

Susana has been named a “Rising Star” by New Jersey Super Lawyers since 2014.

From 2009 through 2010, Susana served as an adjunct professor at Seton Hall Law School, where she taught Legal Research and Writing to first-year law students. She has also served as court-appointed attorney in surrogacy matters, and as a volunteer judge for the Bergen County Mock Trial Competition.

Susana speaks Portuguese fluently and is conversant in Spanish.

Susana Cruz Hodge has been appointed Co-Lead Counsel in In Re Plum Baby Food Litigation, Case No. 21-cv-913, pending in the Northern District of California. This putative class action alleges Plum PBC and Plum, Inc. misrepresented and failed to fully disclose the presence of arsenic, cadmium, lead, or mercury and/or perchlorates in their baby and toddler food.

Susana Cruz Hodge was appointed as a member of the Executive Committee in In re Robinhood Outage Litigation, No. 20-01626-JD (N.D.C.A.). The case was filed on behalf of users of Robinhood’s trading platform who were unable to access their brokerage accounts on March 2, 2020, a day that saw the biggest ever point gain in a single day with Dow Jones Industrial Average rising over 1,294 points, the S&P 500 rising 136 points, and the Nasdaq rising 384 points.

Susana Cruz Hodge was named to the 2019 list of “New Jersey Rising Stars,” the fifth consecutive year that she has appeared there.¹

Bruce D. Greenberg was a moderator and Susana Cruz Hodge was a panelist at the New Jersey Institute for Continuing Legal Education’s seminar titled “Significant Developments in Class Actions” on April 11, 2018.

Bruce D. Greenberg and Susana Cruz Hodge were quoted in a Law360 article about their participation on a panel titled “The Evolving Nature of Class Actions” at the New Jersey State Bar Association’s Annual Meeting.  To read this article, click here.

Susana Cruz Hodge was included in an article on Law360.com, “Avis Can’t Escape Reward Program Fee Class Action” (August 7, 2014), covering a federal district court’s rejection of the car-rental company’s bid to toss a class-action suit, and its ruling that the plaintiff has standing to pursue the suit.

Susana Cruz Hodge was included in an article on Law360.com, “Shop-Vac, Lowe’s False-Ad MDL Trimmed to 2 Lead Plaintiffs” (July 18, 2014), covering a Pennsylvania judge’s acceptance of a Lite DePalma Greenberg Afanador motion on all issues except one.

Susana Cruz Hodge was included in an article on Law360.com, “Sun Pharma Can’t Quell Patent Feud Over Epilepsy Drug” (October 7, 2013), covering a New Jersey federal judge’s refusal to dismiss claims against a pharmaceutical company in a patent suit over a generic version of an anti-epilepsy drug.

Victor A. Afanador, Bruce D. Greenberg, Susana Cruz Hodge and Danielle Y. Alvarez were mentioned in an article on Law360.com, “Newark Doesn't Have To Cover Cop For Shooting: NJ Court” (July 29, 2013), covering a New Jersey appeals court’s decision that the city of Newark was not required to indemnify a police officer for a $2.8 million civil judgment stemming from an off-duty shooting.

Victor A. Afanador and Susana Cruz Hodge were mentioned in an article on Law360.com, “Fraud Law Applies In Rent Charging Row: NJ Appeals Court” (June 25, 2013), which reported on a New Jersey appellate panel’s ruling that a landlord could be sued for overcharges under the state’s Consumer Fraud Act.

*No aspect of this advertisement has been approved by the Supreme Court of New Jersey. See Award Methodology.

September 12, 2019
Construction Liens: Is Your Tenant Encumbering Your Property?
New Jersey's Construction Lien Law disallows liens lodged against an owner's property rights if the contract at issue is between a tenant and a third-party. In other words, if a tenant contracts for property improvements, the lien attaches only "to the leasehold estate of the tenant." N.J.S.A. 2A:44A-3.

August 16, 2018
Classes Certified in Mislabeled Keratin Products Class Action
Yesterday, the District Court for the Southern District of New York granted class certification in Price v. L'Oréal USA Inc., case no. 1:17-cv-00614, a case involving popular L'Oreal products misrepresented to include keratin. Plaintiffs' case is premised on the fact that the challenged products do not contain keratin and thus, plaintiffs and the Class have been damaged by paying a price premium. Plaintiffs sought a nationwide class, as well as a New York and/or California class. Not surprisingly, the District Court denied certification of the nationwide class because "some form of reliance is required under all states' laws for a fraud claim" and "[t]he viability of each class member's fraud claim turns on whether or not he or she relied on alleged representations that the Products contain keratin."

April 19, 2018
The Supreme Court Narrows the TCCWNA
As I indicated in my last blog, we've been awaiting the Supreme Court's decision in Spade v. Select Comfort Corp., ___ N.J. ___ (2018), because it was expected to bring much needed clarity to the Truth-in-Consumer, Contract, Warranty and Notice Act, N.J.S.A. 56:12-14 et seq. ("TCCWNA"). While I believe the Court got it wrong, it certainly met that goal.

December 21, 2017
The Ascertainability Battle Wages On
The question whether Rule 23 imposes an ascertainability requirement continues in the Ninth Circuit despite the issue having been settled in Briseno v. ConAgra Foods, Inc., 844 F.3d 1121 (9th Cir. 2017), cert. denied sub nom. ConAgra Brands, Inc. v. Briseno, 138 S. Ct. 313 (2017). In Briseno, the Ninth Circuit joined the Second, Sixth, Seventh, and Eight Circuits in rejecting the notion that Rule 23 requires plaintiffs to show class membership is ascertainable or "administratively feasible." Briseno presented the typical conundrum – if Rule 23 imposes an ascertainability requirement, can a class action involving an inexpensive consumer product ever be certified? The Ninth Circuit correctly recognized that these cases "would likely fail at the outset if administrative feasibility were a freestanding prerequisite to certification," and declined to follow the Third Circuit in making it virtually impossible to bring these types of class actions.

January 12, 2017
Tweet at Your Own Peril
As people take to social media to run their mouths, they seemingly have no idea that their words may one day end up before a judge or jury. That's exactly what happened in State v. Hannah, A-5741-14T3, 2016 N.J. Super. Lexis 156 (App. Div. December 20, 2016), where the Appellate Division found that tweets are admissible evidence, giving a whole new meaning to the old adage "A little birdie told me.

June 16, 2016
The TCCWNA - A Straightforward Statute with a Complicated Acronym
The Truth-in-Consumer Contract, Warranty and Notice Act ("TCCWNA"), N.J.S.A. 56:12-14 et seq., has recently been the subject of several news articles because of the uptick in complaints alleging that the Terms of Use located on websites violate the statute. Since these cases are all in their inception, it remains to be seen whether TCCWNA claims will survive motions to dismiss. Given the clear language of the TCCWNA and the recent wins for the plaintiffs on certain key issues raised in TCCWNA cases, the recent Terms of Use cases present an uphill battle for defendants.

March 17, 2016
The Art of Drafting Safe (but not Fail-Safe) Class Definitions
One of the ways in which defendants attempt to defeat class certification is by arguing that a class is fail-safe. A fail-safe class is "one that is defined so that whether a person qualifies as a member depends on whether the person has a valid claim." Zarichny v. Complete Payment Recovery Services, Inc., 80 F. Supp. 3d 610, 623 (E.D. Pa. 2015). In other words, a fail-safe class definition is one where the class members cannot be identified until liability is established.

December 3, 2015
Trebling Troubles - Keeping Damages Below CAFA's $5M Threshold
The Class Action Fairness Act of 2005 ("CAFA") allows a defendant to remove to federal court a class action case filed in state court if the total amount in controversy exceeds $5,000,000. As a result, it is possible that claims for punitive or treble damages can enable a case to be punted to federal court, where defendants often prefer to be. One key issue to examine is whether plaintiff seeks to treble all damages in the complaint. In Chulsky v. First Niagara Bank, N.A., No. 15-421, 2015 U.S. Dist. LEXIS 10238 (D.N.J. Aug. 5, 2015), Judge Shipp examined whether statutory damages should be trebled for the purposes of establishing the jurisdictional $5,000,000 limit.

August 13, 2015
Meeting the Requirements of Rule 4:32-1(a) at the Class Certification Stage in A Consumer Fraud Case
If your case has survived defendant's motion to dismiss, you have negotiated ESI, discovery is complete and expert reports have been exchanged, it's time to file that class certification motion and see if your case has some legs after all. If your case is being adjudicated in the Superior Court of New Jersey, you must satisfy the requirements of R. 4:32-1(a) and either R. 4.32-1(b)(2) or (b)(3) in order to obtain class certification. Today's blog entry will focus on the Rule 4:32-1(a) elements.

February 2, 2015
The Dos and Donts of ESI Discovery
When faced with the daunting task of engaging in and negotiating discovery of Electronically Stored Information (“ESI”) with your adversary, be mindful of some tips.