As a law firm that began in Newark and has remained in Newark at all times, Lite DePalma Greenberg & Afanador, LLC is a proud and dedicated citizen of Newark and the surrounding area.

Victor A. Afanador has been a Leadership Newark Fellow since 2003. Leadership Newark’s goal is to connect and improve the network of community and civic leaders, while stimulating their collaborative efforts and thinking to enhance the community, as they each commit to build, strengthen and serve. 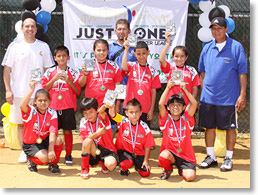 In addition to strong and frequent support of a variety of local charities, Lite DePalma Greenberg & Afanador sponsors a youth team in Newark’s Just One Soccer League. The mission of the League is to bring families together to promote and teach leadership skills and the value of community service to Newark’s youth through participation in an organized soccer league.

Lite DePalma Greenberg & Afanador is heavily involved in Newark educational institutions. At the high school level, the firm has regularly employed students from University High School in Newark on a part-time basis.

In the cultural arena, Lite DePalma Greenberg & Afanador was a Founding Sponsor of the New Jersey Performing Arts Center in Newark and a consistent financial supporter of NJPAC since its inception ten years ago. 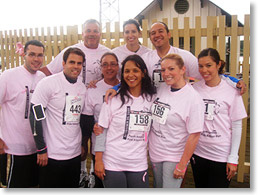 Allyn Z. Lite has served as Chairman of the Visual Arts Committee for the New Jersey Law Journal’s bi-annual “Lawyers Celebration of the Arts” at NJPAC. Proceeds of the Celebration benefit New Jersey Volunteer Lawyers for the Arts, Inc., whose mission is to aid artists and arts organizations in New Jersey through pro bono attorney referrals and legal education.

Among the pro bono legal institutions that Lite DePalma Greenberg Afanador has actively assisted are Consumers League of New Jersey and the Center for Auto Safety in Washington, DC. The Firm successfully represented both of those organizations as amicus curiae in cases in the Supreme Court of New Jersey. Lite DePalma Greenberg & Afanador is also working as co-counsel with the Southern Poverty Law Center in a Consumer Fraud Act case against defendants who offer "conversion therapy" that purports to help gay persons become straight.  Such "conversion therapy" has been universally recognized in the psychological profession as having no scientific basis, and has been condemned for being demeaning and harmful.  Click here to read the Complaint.